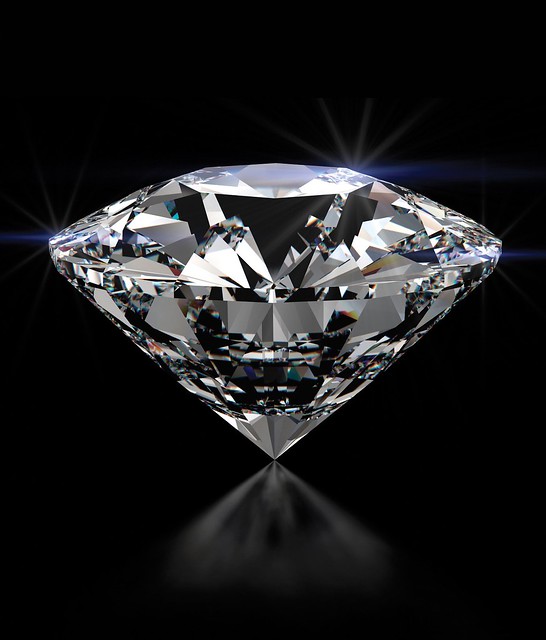 Diamond has a sparkling place in human history.  The hardest substance on earth is renowned not only for that but for its outstanding beauty and rareness. It symbolizes perfection because it is indestructible.

The diamond is one of the four precious stones. The others are rubies, sapphires, and emeralds. The rubies and the sapphires are actually the mineral corundum. Diamond is 100 times harder than them. However, it is surprisingly simple structure-wise. It consists only of graphite and small quantities of calcium, magnesium or iron. 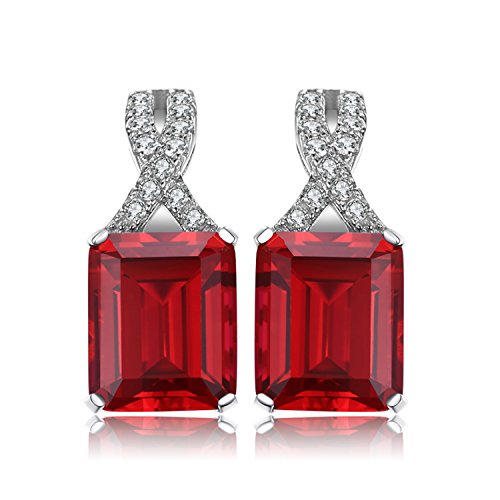 All You Need to Know about Rubies
Rubies are stunning and craved by many people not only for their high price but for their ability to energize.

Diamonds are usually transparent or opaque. They may vary from absolutely colorless to deep yellow or yellow-brown. Those that have no color are more expensive, they are considered classics.

Of all gems, diamonds have the highest index of refraction and the Persian poet Hafiz once said that “the rainbow is confined in a diamond forever” because of the way we see all the colors in a single piece of rock.

Do you know that they also glow in the darkness after being rubbed for a while? Yes, it is apparently true.

Bring some sparkle in your life with this gorgeous ring from Amazon.

There is evidence that diamonds were found and used some 30,000 years BC. India was the only country where they were mined out. It remained so until the 17th century when they were discovered in Brazil. Now there are present on all continents except for Antarctica.

In the 1860s the first large scale mine for diamonds was opened in South Africa.

It was in the 15th century when the tradition of asking someone to marry you was accompanied with a diamond ring.  Archduke Maximilian gave Mary of Burgundy such a piece of jewelry because he wasn’t sure of her feelings and wanted to tempt her. This tradition was not so popular until companies like Tiffany&Co and De Beers started marketing campaigns to assert it in people’s minds.

Sapphires – What You Need To Know
Sapphires are as beautiful as the sky above our heads. Learn more about the legends surrounding them and whether they are suitable for you.

Diamonds were the reason for bloodshed in a lot of countries in Africa. The mines were captured by military groups.

Nowadays some companies offering pieces of jewelry provide a certificate showing that the precious stones were found in a conflict-free zone, and the workers who were involved in the process of producing them were paid a decent salary.

The history of one of Belgium’s most popular cities – Antwerp was entwined with that of the diamonds since the 15th century. Since a Flemish jeweler invented a better way to polish the gemstones, the city was flooded with people willing to get involved in the lucrative business.

Now there are 380 diamond workshops that belong to 1,500 companies.

These earrings can serve both for an everyday outfit, as well as for an elegant one.

Koh-i-Noor – by far the most popular one. It was found in India, and it belonged to my many important rulers from around the world before it became the property of Queen Victoria. It is now incrusted in the Crown of Queen Elisabeth the Queen Mother.

Orlov – it is a colorless diamond. The legend says that it was in the eye of a sculpture of a Hindu deity in India, the country where it was found. Stolen by a French soldier, it then passed from merchant to merchant and reached Amsterdam. There it was bought by Count Orlov, who was a lover of Queen Catherine the Great of Russia. He gave it to her as a way to win back her heart.

Some historians disagree with this amusing story and say that the sum of 1,4 million florins, for which it was bought, was beyond the Count’s abilities, and it all was made up to hide the huge expenses from the state budget.

The Imperial scepter in which it was included is now on display in the Russian Diamond Fund in Kremlin.

Few people know that the famous heart-shaped necklace that was featured in Titanic actually had a real version and it was, in fact, a blue diamond.

Another movie, this time Gentlemen Prefer Blondes, with the gorgeous Merilyn Monro, asserted diamonds as something coveted, a symbol of status. Diamonds Are a Girl’s Best Friend is a song that shows the consumerism surrounding this “precious” stone.

But let us forget about mercantilism and go to the spiritual realm.

Diamond has a beneficial effect on the 7th chakra. It is also called the Crown chakra and is usually depicted in white. This chakra is associated with communication with the higher consciousness. It unites the mind and the body.

This bracelet is pure elegance and sophistication. Suitable for a woman with class.

Some people believe that the transparent gemstone shouldn’t be bought for personal usage, but it should be acquired as a present or inherited. Also, it should have contact with the skin when worn.

Some people say that to enhance its effect, one should wear it around the neck or on the left hand.

Indians and Iranians threw diamond dust on newborns to bring them good luck. Ancient Greeks gave them as a form of sacrifice to the gods.

It is believed that a diamond can cure addictions. In Medieval times it was used as an antidote when someone was poisoned.

Apart from the vast usage in jewelry making, these clear gemstones are also important for:

An interesting fact is that scientists believe that there are diamonds on Uranus and Neptune.

This necklace will sparkle under your face and will enhance the beauty of your skin, making it glowing.

Some of the sources I used: 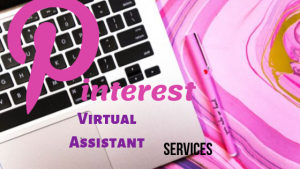